Story :
Billionaire investor Chad Cohen is at a London restaurant when all his credit cards are declined. Before he can make sense of any of it, he receives a disturbing message on his phone. And now he’s being accused of travelling on a stolen passport and put in jail. Who’s out to get him? His reputation in shreds, the company he so painstakingly built comes under threat. The stocks plummet and the board of directors decides to fire Chad. Frantic, he calls the one person he can trust the most – his friend and business partner Michael Cole. The two try to figure out just how much of Chad’s life has been digitally erased by a hacker. Hitting one dead end after another, Chad begins to doubt Mike’s loyalty. Was this all just a vicious plan to take over everything Chad had built with him? Helpless and locked up in jail, can he count on Mike for his freedom? Has he been served the ultimate betrayal or is this a cosmic intervention to right his past wrongs? 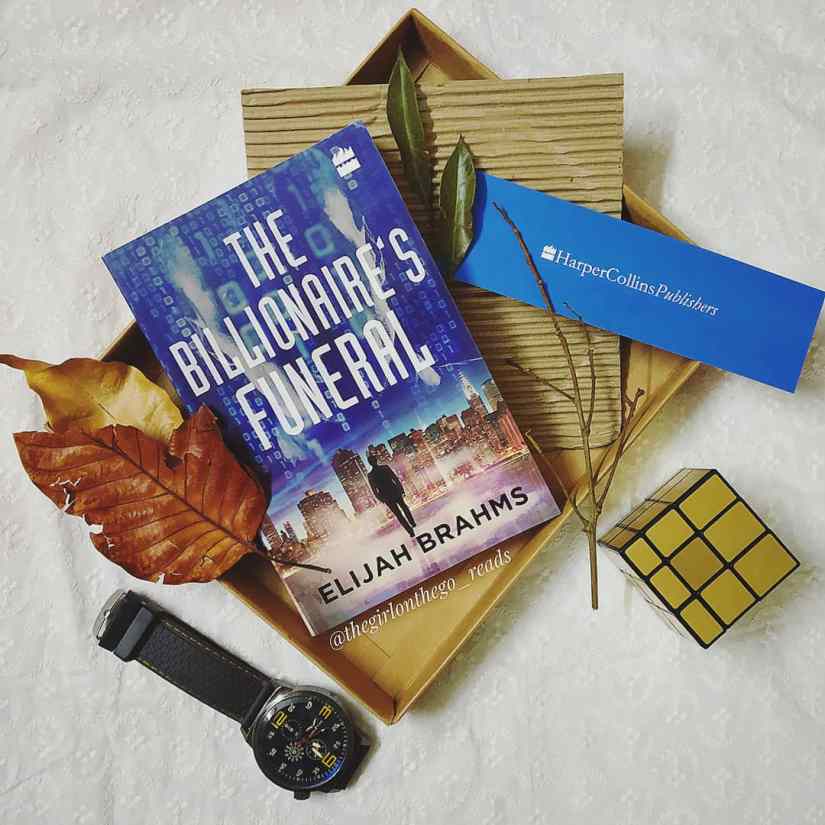 This book is quite fast paced and it steadily jolts you right into the story. Just as the title suggests, it indeed is the funeral of a billionaire Chad Cohen as he becomes the victim of identity theft. Accused of forging his own passport and wanted in countries more than one, he is fired from his company and imprisoned. The premise is extremely well built and well written. There could be an improvement on the part of narration though which could have added more angles and edges to the plot.
I absolutely enjoyed the almost impossible pursuit of this elusive hacker and the portrayal of the shady character of Michael Cole, Chad’s best friend which led open more possibilities for scrutiny and the guessing game. Zacca’s character has also played quite an integral part in the story, acting the intellectual factor to it. Everything from Chad’s unforgiving past, his present circumstances, to his unnatural and surreal financial predicaments have been beautifully incorporated. Also, I really loved the occasional stock market references as this market has forever fascinated me. Would rate this book 3.75 🌟 and recommend it to thriller junkies! ❤️

I thank the publisher for providing me with a copy in exchange for my honest opinion.

Blogger, writer, book reviewer, music lover, TheGirlOnTheGo is your regular college girl who has a fetish for blogging and writing anything that pops up in her mind. She hails from India and this blog is meant to be a cozy place in the internet, congruent to her thoughts. View all posts by TheGirlOnTheGo

1 thought on “Book Review : The Billionaire’s Funeral by Elijah Brahms”

Translate into a different language

What I write About

Thank you for visiting us!